Everywhere is a bus ride away! 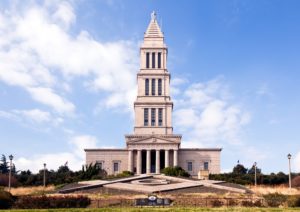 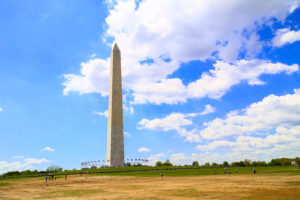 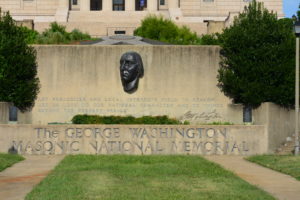 What makes Washington DC unique? You may already know that Washington DC was designed and planned on a map to be the capital of the United States of America. But did you know that Washington DC is filled with hidden mysterious symbolism that only the initiated eye can truly see? Why is the Capitol, seat of the Congress of the United States considered a temple of liberty? Why is Freedom Statue facing away from the National Mall? Why is the monument to George Washington an Egyptian-styled obelisk? Why is each stone of the Franklin Delano Roosevelt Memorial unique?  What is the significance of Lafayette Park?  What about the mystery behind The White House?

Allow us to take you on a journey of Washington DC and help you uncover the hidden mysteries behind the design and architecture of the world’s most powerful capital city.

The Company’s Founder, Akram Elias, is a worldwide renowned Freemason. He wrote and developed this unique Masonic interpretation of Washington”s symbolism. He served as the Grand Master of Freemasons of Washington DC in 2008, and has been featured in numerous productions and documentaries. Furthermore, the Masonic Trail Directors who offer these tours are DC Freemasons well versed in Masonic Symbolism and Masonic history.

Trails include stops with participants stepping off the bus and conducted by one of our Masonic Trail Directors.  Those stops include but are not limited to the White House,Lincoln memorial, FDR,  Washington monument, Virginia Avenue aka Masonic avenue, and the Capitol.  Each stop entails a detailed look at the rich Masonic symbolism that lies at the heart of the design, lay out, imagery, and history of the site. Throughout the trail, participants would be able to somewhat observe DC from a bird’s view, linking all the sites visited and revealing the hidden meaning behind the architecture of this beautiful and mysterious city.

The routing of the tour would be as follows:

A full 6 hours is required for this tour.

Travel: 2 hours including destination pick up and drop-off

Talk (outside, no inside visits): Masonic Symbolism of Lafayette Park, The White House, and U.S. Treasury

Off Bus Talk Part I (outside, no inside visit): Masonic Symbolism of U.S. Capitol, the National Mall

Off Bus Talk Part II (outside, no inside visits): Masonic Symbolism of the U.S. Supreme Court and Jefferson Building of The Library of Congress

Talk (with inside visit): Masonic Symbolism of The Jefferson Memorial, The Washington Monument, and the Design of the City

Talk (with inside visit): Masonic Symbolism of The FDR Memorial

Talk Part I (with inside visit): Masonic Symbolism of The Lincoln Memorial, Reflecting Pool

Talk Part II (outside, back side): Masonic Symbolism of Memorial Bridge, Theodore Roosevelt Island, and the John F. Kennedy Memorial

Non-Stop 7: Circling Back to Lafayette Park

On Bus Talk: Questions and Answers

We offer Public and Private Tours!

For Public Tours, please see available dates below. You can purchase your ticket online through Eventbrite.

We look forward to seeing you on the bus tour!!!!!